Today, you are going to learn how to treat stomach ulcer with neem oil.
Stomach ulcer is an open wound in the lining of the stomach. Gastric (gastric) ulcer and duodenal ulcer, which occurs just after the stomach, are usually included in the same term in the first part of the small intestine. This condition is called peptic ulcer.

Whether it affects the stomach or the duodenum, the ulcer is an erosion of the mucous wall. It causes more or less severe pain, depending on the thickness of the affected layer. The pain comes from the contact between the wound and the gastric juices that help digestion.

Causes of stomach ulcer
Ulcers are caused by an imbalance in acid concentration in the stomach and duodenum.

It is estimated that up to 85% of ulcers originate from the growth of a bacterium called Helicobacter pylori.
There are other causes that can increase the risk of having a stomach ulcer:
• High consumption of nicotine, alcohol or coffee
• Taking certain medications
• Psychological stress
• Physical stress related to serious injury, burn or other trauma
• Some analgesics (aspirin, ibuprofen) and anti-rheumatic drugs
• Increased acid production in the stomach

Treatments
-Take a teaspoon of neem oil to fast and another in the evening preferably before the meal.
Taking a fasting spoonful protects your stomach throughout the day and also prevents you from developing gastrointestinal diseases. 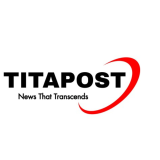